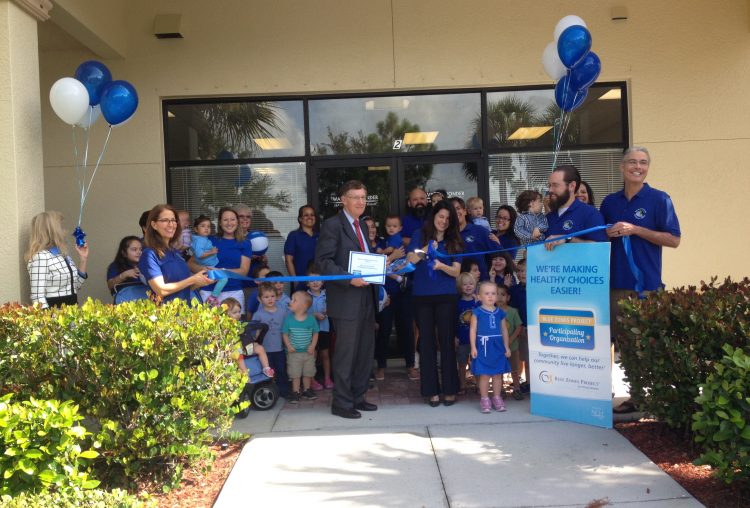 Waves of Wonder Montessori School is the FIRST Montessori school in THE NATION to become Blue Zones Project Recognized. The Ribbon Cutting Ceremony was held at the school on July 28th, 2016.

The Blue Zones Project – Southwest Florida recognizes and brings awareness to the benefits of healthy eating and the connection our food has to our daily lives and well-being.

At Waves of Wonder, following the observational methodology of Maria Montessori, we can attest to the positive relationship between healthful and nutritious foods and the development of the child. A child that eats clean, healthy food has more energy and focus and generally maintains happier, more balanced behavior conducive to learning and exercising the mind.

What did Waves of Wonder Montessori School do to become a Blue Zones Project Recognized Organization? They launched a…